Starter Law 101: What’s an S-Election and Do You Need One?

An S-corporation may cut your tax bill - if you qualify 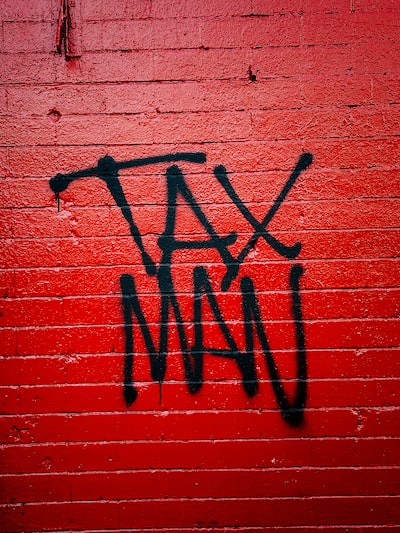 The tax man comes for us all - an S-election may help you save when he does
Photo by Jon Tyson on Unsplash
Death and taxes aren’t the only two things you can be sure of in life - because you can also be sure that taxes will be complicated.
Maybe even more complicated? Figuring out how to pay less in taxes (legally, of course!)
If you’re forming a corporation, you’ve probably heard of “S-corporations” and “C-corporations”, but what are they and how do you know which you should be? Startomatic is here with answers.

Note: If you're forming an LLC, we have some good news for you: you are probably already going to get the tax benefit of "pass-through" taxation (more on that below). This post is focused on corporations - we'll address the rare case where LLCs may want to make an S-election in a later blog post, which we'll link here when it's up.

So… Why Doesn’t Everyone Choose the S-Corporation?

Well, the IRS likes collecting taxes, so of course they don’t make it that easy to pay less. S-corporations have some fairly significant limitations. In particular, S-corporations:
You can see why many corporations are not able to make an S-election. But those limitations are generally applicable only to larger companies, and those that are seeking outside funding. Which leads us to the question:

Should You Make an S-Election?

Yes, if, like many new small businesses, you’re forming a corporation (as opposed to an LLC or other legal entity type), AND you meet all of the qualifications above (no more than 100 shareholders, all of whom are individual U.S. citizens or lawful permanent residents, and you don’t intend to issue preferred stock in the near term).
No, if you’re forming a corporation that does not meet all of the requirements above, OR you are planning to seek outside investment from professional investors (like sophisticated angel investors or venture capital funds) in the near term.
Pro Tip: you can change from an S-corporation back to a C-corporation in the future - you’ll just have to make a filing with the IRS (and of course there are a few restrictions).

Here’s some good news: it’s super easy to do. In fact, if you’re using Startomatic, we’ve built a Starter Tool that automates the whole process. And if you’re not using Startomatic (why wouldn’t you??), it’s still not that hard - you just have to file Form 2553 with the IRS. They even provide complete instructions here - just don’t expect them to be easy to read. This is the IRS we’re talking about, after all...
One important note: there are deadlines for filing your S-election. If you are a newly-formed corporation, you generally must file Form 2553 within about 75 days of your formation. An already-existing C-corporation must file their S-election on or before the 15th day of the third month of the year they want to be taxed as an S-corporation. (We told you it was complicated! For more on timely filing the S-election, check out the IRS information, here.
TL;DR: The absolute easiest way to file an S-election (IRS Form 2553) is with Startomatic’s S-Election Application Starter Tool.


Even MORE Complicated: LLCs and S-Elections

By default, limited liability companies (“LLCs”) have the benefit of pass-through taxation. But - like corporations - LLCs can make an S-election. Why would they want to do that? You guessed it… it’s complicated. So complicated in fact that we’re going to address it in a whole separate upcoming blog post - stay tuned!

Our lawyers made us put this here: This Starter Post is for informational purposes only. It is not intended to provide any legal or tax advice.

Startomatic makes it radically easier, faster, and less expensive for starters* to launch and run a company. Starter Flow is your step-by-step guide to plan, brand, and incorporate your new company—complete with automated tasks and practical advice and answers. Learn more
* starter | stär-tər | n.

We are not a law firm or a substitute for an attorney or law firm. Use of our products and services are governed by our Terms of Use and Privacy Policy.

​
Edit my profile Go to dashboard