Do you have what it takes to start a new business? 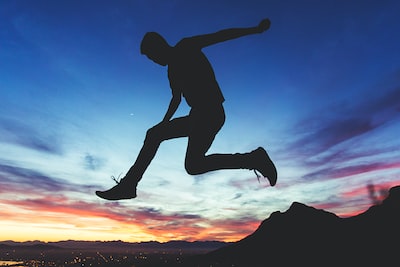 For the inaugural episode of the GrepBeat For Starters podcast, we discuss whether anyone can (or should) be an entrepreneur. The answer may surprise you. A special thanks to our sponsor, Robinson Bradshaw.

Episode #1: What makes an entrepreneur


I was lucky to have three great guests on the show:

Chris Heivly: A personal mentor of mine, Chris has done it all in the entrepreneurial world. He's a serial entrepreneur (including co-founder of MapQuest), he's invested in a bunch of startups, wrote a book about his entrepreneurial journey, and most recently with Techstars, helped communities build their startup ecosystem. Visit his website.

Geraud Staton: I met Geraud a year ago and have been very impressed with his organization, Helius. Geraud has been helping "necessity-driven" entrepreneurs earn and pay a fair living wage. If you haven't heard of Helius, you should check it out.


Robbie Hardy: Robbie has a passion for seeing women succeed. She's a wealth of knowledge and has started an early-stage angel fund that invests in women founders. It's called xElle Ventures.

Considering Andrew and I started a company focused on helping entrepreneurs start their own companies, it should be no surprise that we think starting a company is a viable career path for virtually anyone that is willing to put in the time and the hard work to make it happen.

Chris Heivly told us that entrepreneurs are born and made. You do need to have a willingness to dive into the deep end of the pool, but after that, it's all about your mindset. Being in an entrepreneurial community can be a big help so that you can see not only what's possible, but you have the support around you to help during the highs and the lows.

Geraud Staton said anyone can be an entrepreneur if they believe they can do it. He highlighted a successful experience of starting a company doesn't have to be you were acquired for lots of money. Did you learn a lot? Did you make new connections? Are you in a better position now than prior to starting the company? If we use this criterion, the reported failure rate of new businesses would be much lower. The comparison he made between the similarity of owning a home and owning a business was very apt.

And then Robbie Hardy shared some of the challenges women face starting businesses. But also talked about some of the advantages women have as entrepreneurs: being good listeners, being empathetic, being good at multitasking. To tie it back to what Chris said, I think Robbie is doing the exact right thing to improve the situation of women entrepreneurs. Women need to see more women running businesses. When you see that in the community, more women will think they can do it too. That's my entrepreneurial story. Only after having seen multiple startups get off the ground when I lived in Silicon Valley in my early twenties, did I then believe I could do it.

Startomatic is here to help anyone get their company started quickly, inexpensively and with confidence.
Startomatic makes it radically easier, faster, and less expensive for starters* to launch and run a company. Starter Flow is your step-by-step guide to plan, brand, and incorporate your new company—complete with automated tasks and practical advice and answers. Learn more
* starter | stär-tər | n.

We are not a law firm or a substitute for an attorney or law firm. Use of our products and services are governed by our Terms of Use and Privacy Policy.

​
Edit my profile Go to dashboard